Lithium battery technology for satellites has been deployed for more than 20 years, improving the calendar life of missions, reducing weight and resulting in total cost of ownership reduction for satellite manufacturers and operators.

The technology has been field-proven, safe and reliable with little change to the basic design and chemistry of the battery. Now, a new battery technology is emerging that will enable even better performance, especially in the growing Low Earth Orbit (LEO) radar satellite market: lithium titanate oxide, or LTO.

A key advantage that traditional lithium-ion (Li-ion) technology brings to satellites is significant weight savings due to its high specific energy. This has contributed to the ability for satellite manufacturers to make smaller satellites that operate in LEO, such as constellations. These satellites are less expensive and easier to launch into orbit position, and are becoming increasingly prevalent for use in radar, telecommunications, internet, and surveillance applications.

With reduced size and costs always a priority, satellite manufacturers are constantly asking ‘what’s next?’ when it comes to new battery technology that will reduce system weight, last longer and provide enhanced safety — all contributors to efficiency and overall cost savings.

In the 1990’s lithium-ion technology emerged as a lighter replacement (3x lighter) for nickel-hydrogen batteries. Now, advancements in technology have brought LTO into the space battery market as an even lighter, higher-power, safer and longer-lasting option.

LTO operates in a potential range far from lithium plating, unlike graphite based-anodes, providing cycle life and safety advantages. They are capable of tens of thousands of high rate charge/discharge cycles with very low heat generation, which eliminates the need for thermal management, and reduces system size and complexity.

The main advantages of LTO compared to Li-ion are:

Potential for extremely long cycle life, even at 100 percent Depth of Discharge (DoD)

Of course, as with any technology, trade-offs do exist. For LTO, high temperature operation has challenges and there is a 30 to 50 percent reduction in energy density when compared to Li-ion. For this reason, chemistry choice is often the deciding factor for satellite manufacturers when selecting the correct battery for the mission profile.

Not only is chemistry choice important, but so is cell construction and overall battery design. Space applications — especially in LEO with its aggressive cycling requirements — need robust, reliable and safe battery technologies that maintain performance in harsh environments.

Saft has developed LTO prototype batteries in pouch cell format that have demonstrated better overall performance than commercially available 18650 Li-ion cells that are a common power source found in many smallsats.

In terms of DoD, or the percentage of capacity left after discharge relative to the overall capacity of the battery, LTO cells can use up to 90 percent DoD compared to 20 percent DoD for currently -used space Li-ion cells. A typical best 18650 space cell at 250 Wh/Kg is limited to cycling at 10 percent DoD usage to achieve 50,000 LEO cycles.

The 18650 space cells have a narrow operating temperature window with usable energy output of 25 Wh/kg. In contrast, a Saft LTO LEO prototype cell at 100 Wh/Kg can discharge to 80 percent DOD while providing a much longer LEO cycle life. Saft LTO cells require no thermal management and the usable energy output is 80 Wh/kg. In addition, Saft’s cells have demonstrated excellent cold temperature performance with no capacity loss.

While they are inexpensive and suitable for smallsats with less demanding missions, commercial 18650 Li-ion cells have poor cycle life and are not designed to withstand the extreme environments of outer space that include wide ranging temperature changes, shock, vibration, abuse and demanding cycling.

Space application 18650s must limit the depth of discharge to 10 to 20 percent, otherwise the cell performance will fade dramatically. 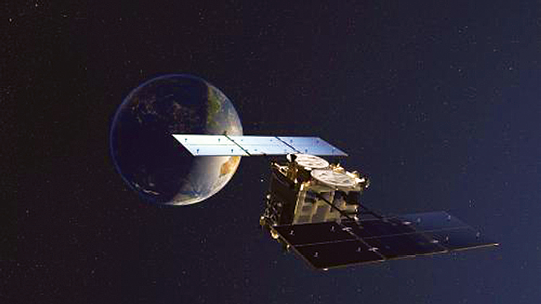 While they can be considered for short and medium durations with very low DoD, they are not suitable for long-term missions. Furthermore, many of these cells have no flight heritage or are still under qualification, further limiting their usefulness in critical space missions.

LTO batteries have several advantages for smallsats that operate in LEO, the main one being reduced weight. Due to their extended operating range (-30°C to +70°C), there is no need for heaters to maintain the optimum temperature for space conditions, thereby simplifying the system and increasing usable energy.

In addition, they are capable of higher cycling (up to 10x more) than graphite-based technology and the voltage can be dropped down to 0V for storage and shipping without any loss of capacity.

Plus, LEO cycling demands are highly specialized. They are very aggressive, long, and have very high charge rate requirements with no rest periods. LTO has demonstrated the ability to sustain high charge/discharge rate without rest.

This is extremely advantageous for radar/agile LEO satellites, where only a short time is available for recharge when the battery is used during sunlight periods. They have also demonstrated greater usable energy in LEO cycling conditions despite lower energy density of LTO than graphite-based chemistry.

An example of the type of performance that could be expected of LTO-based batteries for LEO satellites looks like:

As the satellite market moves toward smaller satellites in LEO, battery technology must also evolve to meet the demands for size, weight and performance. Chemistry choice should be the first consideration and different pairings are appropriate for different applications.

Saft is working to develop/optimize a suite of LTO-based cells with different positive electrode chemistries for material optimization. The company currently has a patent in place and is working to continuously improve batteries performance for satellite customers.

Dr. Chengsong Ma is the Chief Scientist for Saft’s Space and Defense Division where he leads the development of next-generation space battery technology for Saft in the U.S.  He has worked in a variety of technical roles at Saft since 2008, also serving as technical advisor for commercial lithium-ion battery programs where he pursues new funding opportunities.  He has 20 years of experience in new product development and commercialization for batteries and fuel cells, over 40 publications in peer reviewed journals, and is a frequent invited speaker at various international technical conferences.  He holds a Ph.D. in Physical Chemistry and a M.S. in Analytical Chemistry.